With tax season well under way, there are a lot of accountants busy handling the returns of individuals and businesses. With the sheer complexity of the U.S. Tax Code a given, there are many things that tax preparers have to consider. The most recent event that matters is the Tax Increase Prevention Act of 2014. Signed by President Barack Obama on Dec. 19, 2014, it extended 52 tax breaks that had expired at the end of 2013 to be part of the 2014 tax year only. While some of these breaks have been constant in recent years, it’s still helpful to have a review of some of the more interesting breaks that people will be asking accountants for.

There are a few extensions that have been put in place that are specifically being used for individuals and families, providing them some basic relief, according to accounting firm Wolters Kluwer. The most significant is the sales tax deduction. Taxpayers have the option of claiming an itemized deduction from
state and local sales taxes instead of through income taxes. While primarily beneficial to residents of states without income taxes, it could also benefit those who made large purchases of items such as new cars or home entertainment systems. Another key extender was the higher education break, which allowed parents and students to make an above-the-line deduction using their tuition or fees, with the amount varying from $2,000 to $4,000.

“Individuals can claim deductions from sales instead of income taxes.”

For homeowners, there are also extensions being made for certain tax breaks involving mortgages, as noted by accounting firm Reinsel Kuntz Lesher. In the case of those with
excessive mortgage debt, one of the extensions was excluding the discharge of that debt for up to $2 million for families and single individuals or $1 million for married individuals filing separately. Another key extension is in mortgage insurance premiums, in which an individual can treat qualified premiums as deductible interest. This can help make it easier for homeowners to save money and continuing living in the house of their dreams.

For businesses, there are many crucial deductions that have been renewed for the 2014 tax year. The most significant of these is bonus depreciation. Certain assets and property that are new when purchased are qualified for 50 percent depreciation in the first year of service. This can have a major impact on businesses who spent money on new equipment and other infrastructure. In addition, businesses that purchased new vehicles can apply additional depreciation on top of that. In addition to this, companies can utilize very lax rules in regards to expensing under Section 179. For 2014, a company can expense up to $500,000 with an investment limit of up to $2 million. In relation to that, leasehold improvements for office spaces and restaurants are qualified for a lower depreciation schedule of 15 years.

There are other extensions to consider as well. For those hiring military veterans and other qualified individuals, the Work Opportunity Tax Credit still applies, with 40 percent of first-year wages up to $6,000 being given back as a credit. There are many more extensions to consider, but these are some of the larger ones that accountants should remember.n expense up to $500,000 with an investment limit of up to $2 million. In relation to that, leasehold improvements for office spaces and restaurants are qualified for a lower depreciation schedule of 15 years.

Have an Immediate
Accounting Hiring Need? 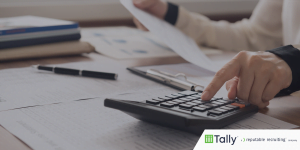 Laughter produces positive emotions that lead to this kind of flourishing. These feelings – like amusement, happiness, mirth, and joy – build resiliency and increase creative thinking. They increase subjective 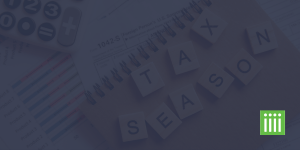 10 Tax Season Memes To Get You To The Finish Line

Everyone loves a good meme and tax season memes are no different. Laughter helps us slug through the mounds of paperwork and hectic deadlines. So, if you’re staring down the 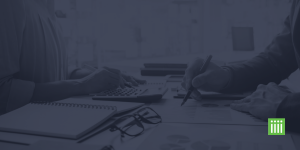 With roots dating back before 2004, Tally was born out of its sister company, True North to better meet the increasing demand for talent in public accounting, specifically local and regional CPA