Trust is defined as: (Noun) assured reliance on the character, ability, strength, or truth of someone or something; one in which confidence is placed; (Verb) to rely on the truthfulness or accuracy of; to place confidence in, rely on; to hope or expect confidently.

Early in my career I worked for one the world’s premier and largest technical staffing firms. It was a great opportunity for a young graduate entering the professional workforce who was willing to work hard to achieve personal and company goals, which usually translated to long hours and taking on more responsibility than I, or any of my peers, were qualified to assume. I recall significant growth during this time, largely on the shoulders of a workforce that held an average age of less than twenty-five. One of the company’s mantras was, “we hire character over competence.” It was said with great pride and a confidence that emphasized our belief in its absolute truth. This mantra has forever been burned into my mind, but as I’ve matured professionally I have been forced at times to test the statement’s accuracy. The question: Can you have a productive and successful workforce or company culture based solely on either character or competence?

Warren Buffet, CEO, Berkshire Hathaway said the following about hiring: “In looking for people to hire, you look for three qualities: integrity, intelligence, and energy. And if they don’t have the first, the other two will kill you.” The emphasis in this quote is on integrity, noting the critical importance of good character, but more importantly the devastating effects of a lack thereof. Character and integrity have an astounding effect on an organization’s culture. However, these qualities alone are insufficient to build and maintain trust, either in the leadership of the organization or amongst an organization’s staff. To test my theory you must first imagine an organization and its people who are committed to values like honesty, integrity, service, reliability, commitment, or any other righteous quality. Then imagine that this same team is plagued with incompetent, low energy, and perhaps only mildly capable talent resulting in consistently low-performance. I know few people, short of government employees, who could tolerate this type of culture, thus leading to a lack of trust. Ultimately the conclusion can be drawn that character alone is insufficient for building a culture of trust. If you can’t trust that the work that needs to be performed can be done so with consistency and a high degree of competency, then it is impossible to establish trust. If you can’t trust that your boss is intelligent and capable enough to lead your professional development, despite them being a person of up-standing character, then the point is proven. As a side note, individuals who are strong in character and average or less than average performers can be the hardest, emotionally speaking, for leaders to terminate. We often sit in wait for the light bulbs to turn on and for there to be a miraculous turnaround and a subsequent success story offering motivation and hope. Unfortunately, some leaders wait too long and by the time they make the cut, the team and its leader often experience devastating effects.

Contrary to the theory that character and integrity alone are sufficient to building a culture of trust, is the theory that a culture based purely on competence alone (ie. success) is sufficient. Proving this theory is a little more difficult. The reason for the difficulty is that success can have an inebriating effect on individuals and teams. I find that many people will tolerate co-workers and organizational leaders who lack integrity and character as long as they can be part of a winning team or earn good money, recognition, or the like. Because work, business, enterprise, etc. are formed largely for the purpose of achievement (ie. success), high degrees of competence can confuse people into thinking that everything is okay, thus they find ways to accept lower ethical, moral, and character standards. The question is, how long can cultures built solely on competence last before the cannibalizing effects of character deficiency begin to erode the satisfaction of success? Ultimately, what I’ve learned about organizations with productive and accomplished leaders with no moral compass, sense of fairness, or integrity, is at some point the organization and its leaders will sacrifice its ‘own’ to continue on what soon becomes a short path of success. Major political moves, promotions, and hires are a common cause for diminishing trust in a highly competent culture. Individuals once on the right side of a promotion now find themselves at-risk to someone new who holds a better ‘hand’ in the political play of success. In other cases, it is a public enlightenment of an organizational leader’s foibles of character that put in jeopardy the reputation and the financial health of the organization. The beginning of the end for these organizations, just ask Enron, is the time when there are no more allies and the pursuit of success at all costs, including good values, cause an organization to implode. The trust is gone, performance is sacrificed, individuals are crippled by fear, and the lagging result is poor organizational performance and subsequent loss of market share, profitability, and then failure. I recall a defining moment in my experience as a leader when I was faced with terminating a high performer because of consistent failed character. It was a tough decision because my small business would have been, and was (briefly) negatively affected as a result. After much contemplation, though, the conclusion was clear, sacrificing character for the sake of profits and success was not an option.

Any truly successful organization rests not on either character or competence, but on both. With both, an organization can have trust, which leads to improved communication, job satisfaction, individual and team performance, innovation, and many others leading to a healthy culture. Vision, Mission, and Values are, or should be, the tell-tale to the organizational culture being offered. That said, there are plenty of organizations who are misaligned with their vision, mission, and values, but alignment is another topic altogether. Perhaps that will be my next writing assignment. 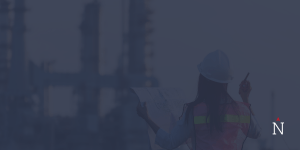 What is the Civil Engineering Crazy Cycle?

Every civil engineering firm has two funnels that drive business. The first is your sales funnel, which is a lot easier to fill in periods of economic growth. Assuming you 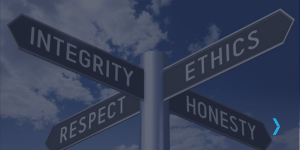 Trust is defined as: (Noun) assured reliance on the character, ability, strength, or truth of someone or something; one in which confidence is placed; (Verb) 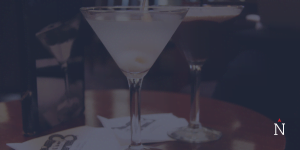