How to Outplay Competitors in Hiring Tech Talent

Hiring new talent is a tricky balance. This is especially the case when you’re trying to hire workers in information technology, such as network administrators or system leads. These professionals are highly skilled in the work they do. With a lot of complex equipment that needs to be handled, you may feel worried that you won’t get the right person. There’s also the overwhelming feeling of competition for worker talent, not just in IT but in other fields as well. Making sound hiring decisions means outplaying competition for new employees. To get ahead, you need to understand what’s causing competition in the first place.

Competitiveness is increasingly becoming a common feature of recruiting for new talent between HR and recruiting firms. The Recruitment Process Outsourcing Association, citing a survey from Staffing.org, reported that
more than 70 percent of recruiters are reporting an increase in competition for talent. This is simply a result of unemployment reaching a level that is considered a “natural” level. The Bureau of Labor Statistics cited an unemployment rate of 5.8 percent in November 2014, entering a level of unemployment in which those unemployed are simply moving between jobs rather than looking for them, also called frictional unemployment.

As a result, there are worker shortages in some fields where available talent is limited. This is particularly the case in tech, where many companies have cited shortages in key IT roles such as network administrators. However, the reasons why may actually surprise you,

“Businesses are placing more value on IT skills.”

A study from the Economic Policy Institute found that the shortage isn’t necessarily an actual shortage. It turns out there are a lot more workers out there that would like to work for your company. But the problem is that they’re not being offered enough to consider applying. The study notes that
the median wage for an IT job, while high, has been flat when adjusted for inflation since 1999. Consequently, not only are there 50 percent more college graduates than hires in IT, but a majority of graduates simply look to? get hired in more lucrative opportunities after they graduate.

What can you do in this situation? The most basic solution is to look at the competition and see how much they’re offering in terms of salary and benefits. Doing research on your competitors is always a good idea. Once you have an idea of how much your competitors are offering new IT workers, you should raise your salaries a decent amount as long as you can actually afford it. Paying a premium on IT workers already seems like a lot, but their skills are turning out to be far more valuable to businesses than previously expected.

Another important idea to consider is flexibility, according to business blog What They Think. On top of working in a field that requires being at computers at different times of the day, many IT workers come from a generation of people that
expect some leeway with their schedules. Giving them that flexibility can put you well enough ahead of your competitors and get you the talent you want. 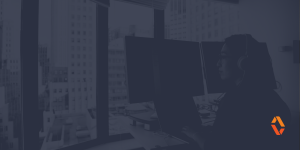 How to Outplay Competitors in Hiring Tech Talent

Hiring new talent is a tricky balance. This is especially the case when you’re trying to hire workers in information technology, such as network administrators 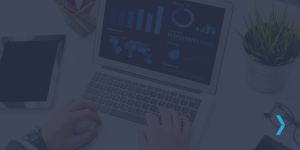 When to consider upgrading your Applicant Tracking System

How do you know when it’s time to upgrade your applicant tracking system? There are few things to consider and understand to help you know if an upgrade is warranted. 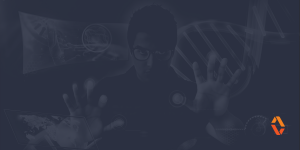 It Is technology week!