How to Tell if Your Interviewer is Bored

Even if you have a lot of experience and talent in your field, you probably won’t land the position if you cause your interviewer to lose interest. If the employer isn’t engaged during the interview, he or she probably won’t remember you the next day. The interviewer is likely talking to several other candidates, so you must be intriguing during the meeting. Since you can’t outright ask the employer if he or she is interested in what you’re saying, it’s important to look for signs of boredom. Here are four indicators the employer is bored with the interview:

You’re doing most of the talking

Although it’s good to be conversational during the interview, you shouldn’t do most of the talking. If you find yourself carrying the conversation, the interviewer probably isn’t engaged with what you have to say. An interested employer would occasionally interrupt you to ask in-depth questions, like, “Can you expand on that?” or “How do you think that experience will help you in this position?”

“You likely won’t land the position if you bore your interviewer.”

When you are interviewing with a potential employer, it is crucial to pay attention to that person’s body language. The interviewer’s nonverbal cues can help you determine if she or he is interested or not. For example, if the employer fails to make consistent eye contact with you, that person has likely lost interest. If the interviewer has his or her feet pointed toward the door, it’s another sign that she or he is bored and eager to leave.

The interview ends too quickly

According to Ask a Manager, a typical interview should
last between 45 and 60 minutes. This gives the interviewer enough time to get to know you, talk about the position in detail and answer your questions. If the interviewer wants to wrap up the interview sooner, it indicates that he or she isn’t interested in what you have to say and thinks you’re the wrong fit.

If you sense that the interviewer isn’t interested, hope is not lost. It is possible to get the employer’s attention back and have a good interview. Gayle Laakmann McDowell, author of “The Google Resume: How to Prepare for a Career and Land a Job at Apple, Microsoft, Google, or any Top Tech Company,” suggests
varying your speech during the interview. If you speak a bit louder and show some emotion in your voice, you can engage with the interviewer.

Rambling on and on about one topic can also put the interviewer to sleep, so try to talk a little less. It’s not necessary to mention every detail of a story. If you just stick to the important facts, it will be easier for the interviewer to stay focused on what you have to say. 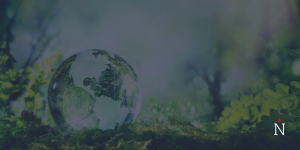 True North recognizes the importance of protecting our environment. So we are implementing some new things around the office to make our “carbon footprint” as 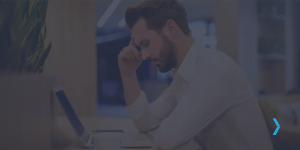 Finally! The call you have been waiting for, an offer of employment. You are over-whelmed with excitement and feel valued, but now you are faced

True North would like to thank all of the men and women that have served in our military. We recognize and appreciate your service. To